Dr. Matt Winning is a comedian unlike any other; a stand-up comic by night, by day he works as an environmental economist at the UCL Institute for Sustainable Resources. Full of energy, quick humour and terrifying statistics, Matt’s Powerpoint based comedy sets both entertain and educate audiences, giving them a hilarious and shocking fast-paced look into the planet’s future if the human race doesn’t get its act together on climate change, along with tips about what we can do to make a difference.

What makes Matt unique is his suitability for both daytime an evening events; whether delivering an informative after-dinner performance or an amusing keynote climate change speaker, his topical comedy works in all sort of contexts and covers issues that every kind of company should be concerned with. He is also experienced at hosting awards ceremonies.

With many companies focusing on climate change and sustainability, it’s the ideal time to hire Matt Winning for your next after-dinner speaker, keynote speaker or corporate event comedian.

Check out his full profile here or get in touch to find out more.

If you’re looking to hire a comedian, one kind of performer that never fails to delight at corporate events is the impressionist. Here we are shining the spotlight on a few of Avalon’s spectacular artists available to book for corporate events.  They’re a great choice for after-dinner comedy and hosting awards ceremonies because, if you book an impressionist, there’s always something for everyone. 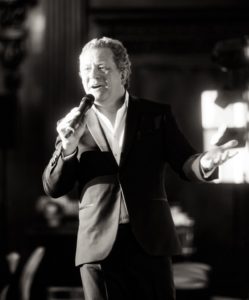 Undoubtedly one of the UK’s best known and most respected impressionists, Jon’s enormous cache of voices make him the ideal choice for any corporate comedy set or awards hosting. Whether he’s performing to a group of 15 people in a private dining room or to 2000 delegates in a top London hotel, his quick audience interaction and legendarily impressive stand-up material have made him one of the most popular comics on the corporate entertainment circuit. Off stage, clients report he is a firm favourite when it comes to dining with the corporate guests and socialising with them after the show.

One booker remarked; “Jon was great…delivered a brilliant performance – exactly what we wanted. A true talent and pro – very happy. He then stuck around with guests and was a real gent. We are delighted to have hired Jon Culshaw and he will be a tough act to better next year!”. 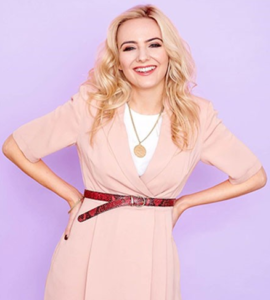 A new and exciting face in the stand-up comedy world, Steff Todd exploded onto the Edinburgh Fringe scene in 2019 with her debut hour “Reality Check”. Her topical take-offs of entertainment stars and reality TV contestants regularly go viral, amassing over 1m views online.  The Evening Standard named one of her quips in their ‘Funniest Jokes of the Edinburgh Fringe‘ and one reviewer commented, “ I have no doubt that Steff has a bright future ahead of her and Reality Check is an impressive debut”. 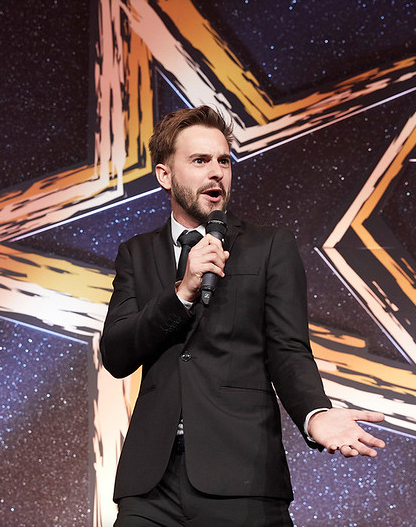 Rising star Luke has a background in musical theatre and a stage presence to match. Not only has he delighted audiences throughout the latest series of Love Island with his hilarious impressions and commentary, his solid material and quick audience interaction have made him a fast favourite with corporate audiences. Experienced at both after-dinner sets and hosting awards ceremonies, Luke has voices to suit audiences of all kinds – and will even teach a lucky delegate how to do impressions of their own on stage! A regular on TV and radio, and now on tour, one of Luke’s viral video ‘Downstairs at Downtown’ which featured a spookily accurate array of voices from the hit show Downton Abbey, served as the jumping off point for his first hit show “The Only Way is Downton”, which was described by the Telegraph as a “remarkable, tour de force… an hour of unalloyed pleasure.” 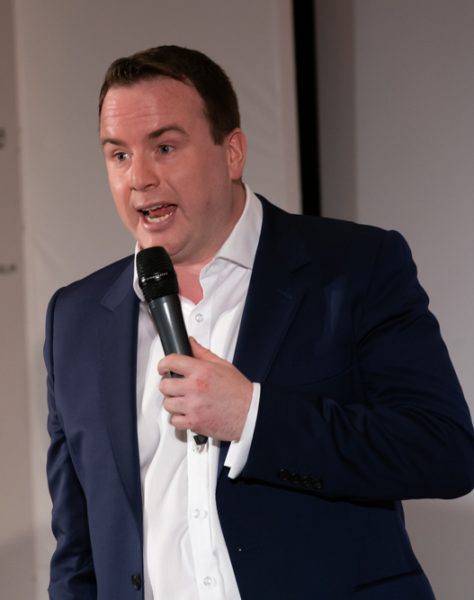 And while we’re here, we couldn’t not mentioning the incredible political satirist Matt Forde! While Matt is best know for his cutting edge political satire, his Donald Trump impersonation is one of the most impressive in the business and he is regularly called on to delight corporate audiences of all kinds, combining sharp current affairs observations with brilliant impersonations. Matt’s other uncanny impressions include William Hague, Gordon Brown, Tony Blair and Prime Minister* Boris Johnson.

*correct at time of writing

To hire Jon Culshaw, Steff Todd, Luke Kempner or Matt Forde as the entertainment for your next awards ceremony, gala dinner or function, get directly in touch with Avalon, their official management.

Avalon are the managers to the most successful and cutting-edge comedy performers in the industry. Together with ARG, the prestigious acting agency, we collectively represent an impressively varied roster of exceptional artists, many of whom are available to book for private and corporate events – from up-and-comers to household names. We place Avalon’s fantastic comedians, presenters and actors into commercial events: Gala dinners, Awards Ceremonies, PR Events, Product Launches, Private Parties – you name it, our artists have done it. To hire a comedian for your next corporate event, get in touch here.

It’s been another busy week for the Corporate Team at Avalon HQ. We’ve had Rose Matafeo and Ed Gamble do Q&As for trendy media audiences and Paul Chowdhry hosting an awards for a whopping 1600 at the Royal Albert Hall. Chris Ramsey also brought the house down in the round at a hair and beauty conference. Jon Culshaw wrapped up the week with a fantastic ‘In Conversation with…’ loaded with impressions for delegates from the logistics industry.

Here is a snippet of some of the audience reactions, as told by social media.

Thank you to the brilliantly funny @Rose_Matafeo for coming in to tell us all about everything she’s loving on YouTube! We loved having you @GoogleUK #ThisisMyYouTube pic.twitter.com/jBQnabydGo

So great to interview the brilliantly funny @Rose_Matafeo today for #ThisIsMyYouTube @GoogleUK.
We talked k pop, Chinese cooking & choreography & there was even some dancing involved.
If you haven’t seen Rose’s award-winning show #Horndog yet GO SEE IT. pic.twitter.com/hYX8l89HnI

Good luck to everyone at the 2019 British Insurance Awards! #BIA2019 @InsuranceAge 🌟🌟🌟 pic.twitter.com/SXjJBaetyz

Are you looking to deliver over and above the usual dinner and entertainment format for reward events this year? Why not host your very own comedy night for your staff and clients.

Last year, we noticed a growing trend in corporate events; forward thinking companies are asking more and more for mixed bill comedy nights. Shaking up the traditional format, you can give the bulk of the night over to entertainment with quick and easy bowl or street food replacing a traditional sit down meal and the all important Networking to follow.

We know committing your whole entertainment budget to one 20 min act can be nerve-wracking. By spreading the budget across a variety of acts and styles, you can efficiently ensure there’s something for everyone. We can supply two, three or even four acts, in addition to a fantastic MC who gets the audience on board from the word go and links the evening together.

Give us a call to find out more and make this Autumn the most entertaining yet.